Engaging with universities to accomplish change Join us for a challenging conversation, and be part of a solutions-based discussion between University staff and representatives from the not-for-profit sector about how we can work together to better serve the community and effect change.

This is a free event!

There are few voices in comedy as unique and potent as Corey White. In 2014, Corey performed his debut stand up show The Cane Toad Effect – a staggeringly personal story of his experience growing up in foster care, surviving domestic violence, recovering from drug addiction and dealing with mental illness. He handled this material with a deftness and humour that far exceeded his experience, garnering critical praise and winning Best Show at the 2014 Sydney Fringe and Best Newcomer Award at the 2015 Melbourne International Comedy Festival and Sydney Comedy Festival.

He was later profiled on ABC TV’s Australian Story, shining a light on his and his sister’s experience growing up in the foster care system and the path that took him all the way to the 2015 Edinburgh Fringe. In late 2016 he was selected to have his show recorded as part of the ABC Next Gen comedy series.

In 2018, Corey White’s Roadmap to Paradise, a series created by Corey for the ABC, will finally solve all the world’s problems while continuing to advocate for change for kids stuck in our dysfunctional foster care system.

He is also very funny

Dr. Ingrid Burkett has two decades of experience in leading social innovation in Australia and internationally and brings to the Yunus Centre a background in both the practice and research of social business, and a a determination and passion to create better outcomes in social systems. Drawing together experience in business, design, social science, community development and economics, Ingrid is also an award-winning teacher, who aims not only to contribute to creating change, but to make sure we learn in the process.

Ingrid has worked across business, government and community sectors, started and run three successful social businesses, designed and developed internationally recognised place-based initiatives, and written about social innovation in works that have been translated into a dozen languages. Most recently she was Director of Systems Innovation at The Australian Centre for Social Innovation. Anastasia Magriplis has led UnitingCare Volunteering encompassing; Lifeline, Blue Care, Child and Family Services, The Wesley, St Andrews, Buderim Private and St Stephens Hospitals and their combined more than 9200 volunteers for over 20 years. She has demonstrated excellence in strategic leadership through significant changing times.
Anastasia carefully balances the best of human resource management practice, customer service and community development principles to ensure the volunteering experience is as effective as possible for the volunteer and the recipients. She involves the widest group of internal and external partners and stakeholders when designing and developing volunteering programs to ensure they have the most impact, are is enriching, viable, responsive and results driven. 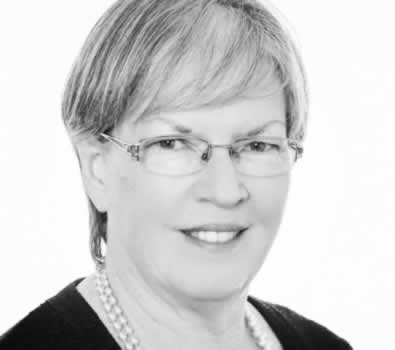 Carol-joy Patrick has been responsible for around 4,000 student internships in her 25-year career working for Griffith University in partnership with industry and community organisations. Her practice is supported by her nationally and internationally recognised research in the areas of internships, developing employability skills and establishing an award-winning service-learning program at Griffith University to enhance students awareness of, and engagement with, human rights and social justice.
She is passionate about enhancing opportunities for young people to experience the transformative nature of volunteering. John Graham (Uncle John) is a Kombumerri man, a member of the wider Yugumbeh Language Group, Traditional Custodians of the Gold Coast Region. He is an Elder on the Griffith Council of Elders and a Senior Learning Assistance Officer at the GUMURRII Unit. He is a mentor with strong links to Community and serves as Cultural Adviser on a variety of Committees and Projects providing guidance, protocols, and advice around culture and Public Policy.

Most recently, Uncle John was instrumental in the development of the Weaving First Peoples knowledge and Perspectives in Curriculum project. He also worked closely with GOLDOC at the recent Commonwealth games held at the Gold Coast. Tony Sharp: As the founder of Substation33 it gives me great pleasure to see our operations growing and blossoming on many fronts. Substation33 was just a start-up 5 years ago with the main drive to provide meaningful work and skills development to volunteers and employees, generate social returns for YFS and the Logan community, divert electronic waste from landfill and chance the conversations about these important topics in the broader community.

My passion lies in creating sustainable social enterprises that create opportunities to people to participate in a supportive work environment as they develop the skills and behaviors they need to work in mainstream workplaces. As a result, I was the driving force behind the development and continued the growth of the ‘ Social Enterprise Network – Logan’ as the founding and current Chair. In 2017 I was the co-founder of the inaugural Logan Startup Weekend.

Most recently I have accepted an additional role as Social Entrepreneur in Residence at Griffith Universities Yunus Centre.

2018 is shaping up to be a busy year as my role as a foundation spokesperson of INNOV8 – Logan takes hold.